After the better part of two years of buildup, it’s finally time! Caucus day in Iowa. Iowans take their role as first in the nation seriously, and 8 of 10 Iowa caucus winners have gone on to win the nomination, most recently Hillary Clinton after her narrow defeat of Bernie Sanders in 2016.

The latest polls have shown Sanders with a consistent albeit small lead over the rest of the field, but he faces a number of threats, including a potential for Elizabeth Warren to split the progressive vote.

Whatever the case, Sanders goes in with significant momentum and an enthusiastic supporter base, and with a huge lead in the latest polls for next week’s contest in New Hampshire, today in the Hawkeye State could be the start of something special. 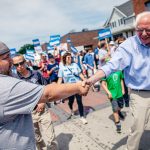 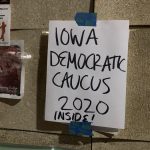