In a video released Friday, Nixon speaks about Sanders’ consistent focus on the issues that impact working families and his ability to energizing voters to turn out to defeat Donald Trump in November.

“What you need in a politician is someone with a vision, someone who can galvanize people, and someone who can’t be bought. And there is no one who has those three qualities in greater abundance than Bernie Sanders,” Nixon said.

Nixon will hit the campaign trail for Sanders next week, traveling to Las Vegas, Nevada where she will host a debate watch party, speak at First Friday Las Vegas, kick off canvass launches, and meet with local LGBTQ community leaders.

After a packed weekend meeting with hundreds of Nevadans, Nixon will head to the Granite State to rally the vote ahead of New Hampshire’s first in the nation primary. 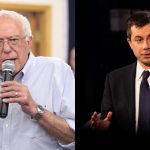 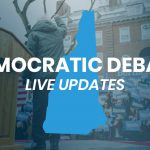