Bernie Sanders’ campaign has unveiled three new television ads to air in Nevada, ahead of the state’s caucuses on February 22.

Fight for Us highlights Sanders’ unwavering dedication to causes that improve the lives of all Americans.

“Bernie Sanders. He’s fighting to raise wages. Leading the fight to guarantee health care,” the narrator says in the ad.

For All highlights Sanders’ commitment to fight for working people when he is in the White House.

“Our campaign is funded by the working people of this country, and those are the people that I will represent. No more tax breaks for billionaires,” Sanders says in that ad.

Nuestro Futuro is a Spanish language ad that focuses on Sanders’ immigrant roots, highlighting that the Vermont Senator’s father did not speak English when he arrived in the United States. 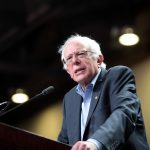 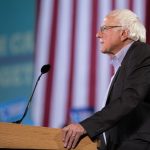