We aren’t mad, just disappointed. Elizabeth Warren is without a doubt a good person and the second most progressive candidate in this race.

But in the last week she has shown herself willing to give in to the same lack of principles and disingenuity that pervade politics. After years of railing against money in politics, she’s accepting super PAC money, and attacking Senator Sanders with falsehoods around superdelegates.

Worst of all, she is doing so in spite of there being no evidence in polling or results thus far that she has the slightest hope of securing enough delegates for the nomination.

This then takes us to Warren’s highly questionable strategy for securing the nomination of late- banking on a brokered convention. This comes in spite of her not having finished higher than 3rd in any of the first 4 contests, and currently having just 8 of the 145 delegates decided thus far.

Let’s be blunt- a brokered convention is something nobody should be hoping for, let alone basing their strategy for winning the nomination on. It would, especially if Senator Sanders were robbed of the nomination having won a substantial plurality of the vote, likely tear the party apart.

Warren has also launched baseless attacks on Senator Sanders, accusing him of not wanting to play by the rules he wanted on superdelegates. Except Sanders’ position was that superdelegates be completely eliminated, not the eventual compromise position where they are only able to vote from the second round onwards. Once again, Warren has given in to the disingenuity and cynical tactics that sadly pervade politics and that many once thought she was above.

It remains to be seen what part exactly Senator Warren will play in the remainder of the 2020 race. We just hope that spoiling the candidacy of the most progressive and dynamic candidate in the race does not become what she is remembered for. She’s better than that, or at least we hope she still is. 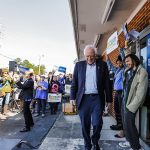 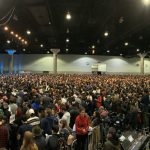