After the Culinary Union, whose leadership has links to leading establishment figures attacked Bernie Sanders, rank and file members have circulated a petition in support of Medicare for All.

The issue looks to be a key one when the Silver State caucuses on Saturday week, with Sanders looking to get a win to cement his front runner status. Late Thursday the union announced that in spite of its objections to Sanders, it would be endorsing a candidate, as was the case in 2016. In 2008 they endorsed Barack Obama over Hillary Clinton.

The union’s leadership has previously sought to condemn Sanders on the basis that they would lose their existing union healthcare plans under Medicare for All. However, questions have arisen as to their true motives given the aforementioned links. Sanders’ opponents, including Elizabeth Warren and Pete Buttigieg have sought to exploit the issue for votes. This is in spite of exit polling from both Iowa and New Hampshire showing around 60 percent support for Medicare for All. 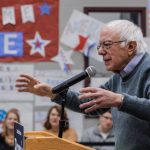 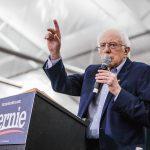