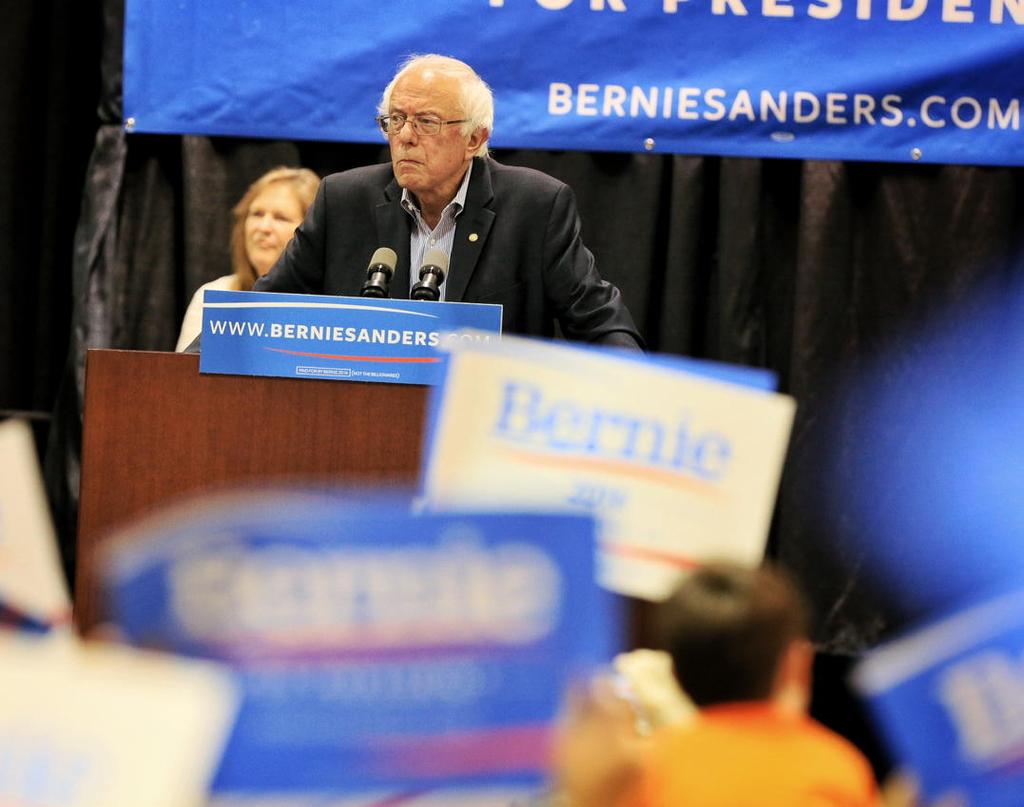 The independent senator and presidential candidate on Friday said that he would support measures to guarantee voting rights for every eligible American.

“We have got to end this outrageous voter suppression which is taking place in dozens of states – efforts that are intentionally denying low-income people, people of color and seniors the ability to participate in the political process,” he said.

Sanders is pushing for greater voter participation at a time where Republicans in many states have passed laws that make it harder for people to vote, such as requiring photo ID.

“Anybody who is suppressing the vote, who is intentionally trying to keep people from voting is a political coward,” Sanders said.