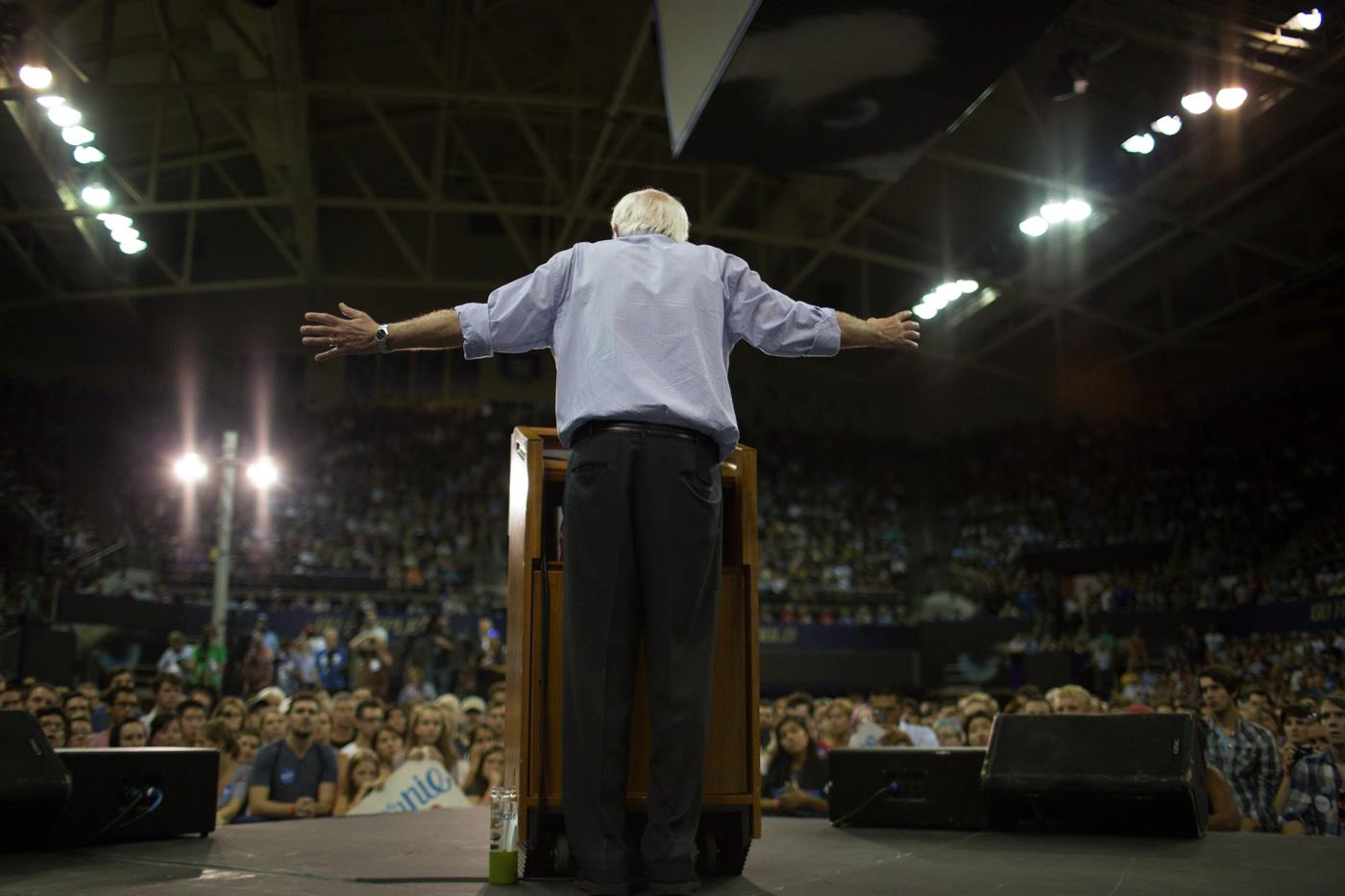 The War on Drugs has done a lot of things, but unfortunately putting an end to drug abuse isn’t one of them.

Even more unfortunately that isn’t an issue politicians have given much lip service. Even though it has proved to be a pivotal force in the creation of the biggest prison complex the world has ever seen it is rarely spoken about in the halls. For better or worse prisons have become a major institution in the United States and almost everyone in the country feels their presence. Each year roughly $80 billion is spent incarcerating Americans, which is just about what it would take to fully fund higher education. Still in a time when college costs and incarceration rates are soaring, these issues are rarely discussed. However most are doing time for nonviolent crimes and prison is not the rehabilitative solution that is needed. Most of these small crimes are drug crimes and during a national opiate epidemic finding a a real solution to the issue is even more urgent. Thankfully Bernie Sanders has begun to speak out and to some extent has made the absurdity of American drug policy a regular part of his stump speech.

The War on Drugs may have been started with good intentions, but policy makers knew good and well that prohibition was not a legitimate strategy. The United States has the highest incarceration rate in the world by a significant margin and drug offenders make up a hefty portion of those numbers. Which makes sense considering the hard line stance many politicians have taken on crime and drug laws over the years. Instead of viewing the War on Drugs like the incredibly serious public health issue it is, most politicians indiscriminately brand users criminals and effectively ruin their lives by throwing them into the criminal justice system. This might be acceptable if there wasn’t other viable solutions to drug abuse, but there are and most of them have proven to be vastly more effective than prison time and time again.

Bernie Sanders isn’t campaigning heavily on this issue, but when he speaks on the issue it is clear he wants to move past the War on Drugs. Bernie Sanders might not give the issue much air time, but he has made decriminalizing marijuana a part of his stump speech. In his words, “I find it obscene that we live in a nation where teenagers have a criminal record for smoking marijuana, and the bankers that destroyed our economy have done no time at all”. His message is still firmly rooted in the economy and income inequality, but the intention is clear.

On top of his hints, if he actually moved to decriminalize it would be the first time a president had supported such a measure. That’s a long way off and obviously remains to be seen, but it would be a much needed change. Considering the DEA dodges questions about the differences between marijuana and heroin it seems hard to believe that drug policy is firmly based in objective fact. Which is why Bernie Sanders call for the end of for profit prisons and a reform in American drug policy is so important. Once again Bernie Sanders proves to be one of the few voices in Washington willing to hold true to objectivity in the face of sensationalism and political rhetoric.

Sensationalism has been par for the course as far as drugs are concerned, but the real life impact of the War on Drugs is simply too important to let that continue. Drug abuse is an incredibly damaging public health issue and something must be done. Throwing people in jail will not prevent another 2012 which saw 41,000 overdose deaths. In fact, overdose deaths have been on a steady rise since the 1980s, mostly thanks to the current opioid epidemic that is taking place in cities all across the country. According to the CDC 46 people die from opioid overdose every day and the American government still labels marijuana a schedule 1 drug, the same category as heroin. The ambiguity and lack of objectivity in United States drug policy is an ever growing problem and thankfully as it continues to get worse a voice on the national scale has arrived proposing policies which might actually make it better.

This loss of life is not the only issue, the War on Drugs has destroyed lives in a more subtle way as well. Failed policy has led to the mass incarceration of American citizens and according to the Department of Justice just over 3% of the population lives under some sort of judicial control. That might not seem like a lot, but that’s roughly 9 million people. Considering the cost of incarcerating a prisoner far outweighs the cost of both treatment and education it seems misguided at best to continue current policies. Especially considering treatment and education have proven time and time again to be more effective solutions to drug abuse. Bernie Sanders hasn’t given the issue much air time, but in recent speeches he has called for a more sensible policy and criminal justice reform to allow easier reintegration into society. Probably the biggest blow to the War on Drugs Sanders has proposed is his promised legislation which would outright ban for profit prisons. Which is a massive step in the right direction considering many candidates support the practice, or at the very least refuse to speak on it. It’s a multi million dollar industry and time and time again private prisons have proven to be poorly funded, worse for prisoners, and more expensive for tax payers.

Bernie Sanders has given the issue new life and his stance is doubly important because of the position he currently finds himself in. Sanders is the clear runner up to Hillary Clinton right now and he is in fact way ahead in key primary states of New Hampshire and Vermont. His stance on drug policy may garner him more support in other key primary states. Especially considering The War on Drugs is a wide reaching issue which impacts everyone. That said, there is a vast racial gap in how that reach is distributed. Bernie Sanders has long pledged to end that disparity and if he were able to win the election, his drug policy ideas are one of the rare issues he would actually be able to tackle without congress. As effective head of the Department of Justice he could help foster change in a court system reliant on the War on Drugs and create one more determined to treat users. Actions like Barack Obama’s recent commuting of people doing life for non violent drug crimes could be carried out on a large scale. Thanks to the bureaucratic nature of the department a total 180 in policy would be unlikely, but Bernie Sanders could lay the groundwork for meaningful policy change almost immediately. On top of that he could also appoint Supreme Court Justices which have an impact over numerous policy areas, including and obviously not limited to the War on Drugs. Probably most importantly a Sanders administration would have the voice and attention to bring this issue to light and have a real meaningful discussion on the path of least destruction.

Nearly everybody knows the War on Drugs has failed, it costs billions each year and ruins millions of lives, but unfortunately until recently politicians have done nothing but pledge to increase it. Bernie Sanders’ drug policy is just one more reason to support his bid for the presidency and thankfully he could deliver at least some much needed reform without much help from congress.

Justin Ackerman is the convenor of grassroots group Students for Bernie Sanders.