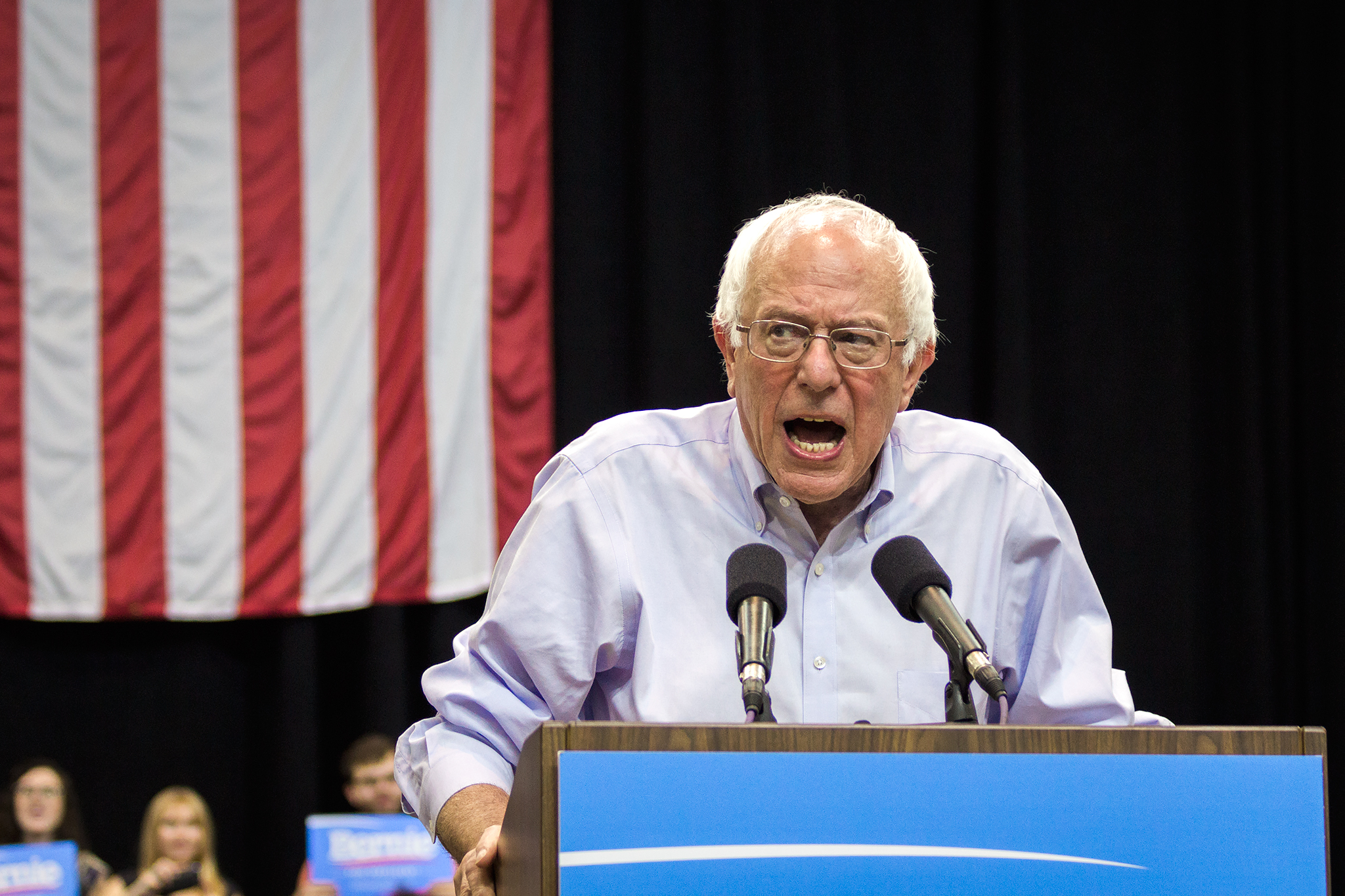 Leave it to the 74-year old, self-proclaimed “Democratic Socialist” to capture the hearts of Millennials across the nation.

So what is a ‘democratic socialist’, and how could this happen with the word ‘socialism’ being so taboo in America? Well, often time’s people fear what they do not understand and with mainstream media control over a large portion of our information a lot can get misconstrued or purposely misrepresented for obvious reasons.

In 2006, Bernie explained in an interview with Democracy Now!: “I think [democratic socialism] means the government has got to play a very important role in making sure that as a right of citizenship all of our people have healthcare; that as a right, all of our kids, regardless of income, have quality childcare, are able to go to college without going deeply into debt; that it means we do not allow large corporations and moneyed interests to destroy our environment; that we create a government in which it is not dominated by big money interest. I mean, to me, it means democracy, frankly. That’s all it means.”

Socialism can come in many forms, and often times they do not coincide with one another, and what Sanders is proposing is not at all ‘fringe’ or ‘radical’ by any means, but rather true progressive ideals, or at least what used to be defined as progressive. Hillary Clinton has recently embraced being ‘moderate’, which is concerning to say the least for liberals, the base of the Democratic Party.

I mean, when it really comes down to it, how different is she from the GOP candidates? Not very much – sure her rhetoric is less hateful, and she claims to want big money out of politics; however her actions do not reflect that as she has one of the largest Super PACs in the presidential race. It seems as if the influence of money is pushing our leaders to the right, significantly and for obvious reasons.

Even Obama is often called a ‘socialist’, which only reinforces the claim that the media is redefining words. Looking back in history, Franklin D Roosevelt was also called a socialist; but what he did was implement a federal jobs plan (something Sanders is proposing) which helped pull our country out of the Great Depression that was undoubtedly caused by overzealous Capitalism.

Decisions like the repeal of Glass-Steagall and Citizens United are detrimental to our democracy and our public and only set precedent for fascism and oligarchy. There is a balance that needs to be maintained to keep things in check to protect the public consumers and allow privatization for businesses; and some things, like government policy, health and education should not be about profit.

So what is so bad about a government that works for all people, not just the wealthy and corporations? Well, obviously nothing – but that is not what the establishment government, or media want you to know because they ARE the wealthy and corporations. The power of money and special interests in our government is quickly leading us to oligarchy, not democracy. In all reality, our country is already partly a social democracy, thanks to programs like Medicare, Social Security, Medicaid, food stamps, and unemployment security.

What Sanders is proposing is not to have the government run the entire country or take away the privatization of any industry, but rather give millions of our citizen’s basic human needs like healthcare and education. As a developed nation, it’s the least we could do, and quite frankly it’s wrong for anyone to profit off whether someone should live or die, and it’s wrong that it’s near impossible to get a higher education if you are not wealthy enough to afford it. Education is an investment in our future – an investment to cure cancer, find alternative and sustainable energy sources, and most importantly provide an educated populous so we can make informed decisions politically and socially.

Democratic Socialism would provide the country with a virtuous circle, bringing everyone up; not just a few. This is not ‘communism’ or even ‘fringe’ – its basic human decency and democracy.